To occupy Crimea, Russia used their special force soldiers. The Spetsnaz soldiers were wearing unmarked green army uniforms and not wearing any identification signs related to Russian Federation. Russian government initially denied that these were Russian military forces and until the April 17, 2014 when Vladimir Putin finally confirmed the presence of the Russian military in Ukraine, these soldiers in Crimea where called – “Little Green Men” or “Little Polite People”.

In this project I travelled to the three capitals of Baltic States and the capital of Belarus – Minsk. While traveling I placed toy soldiers in a different strategic and not so (much) strategic places as a reminder that we should always be beware of our big neighbor. 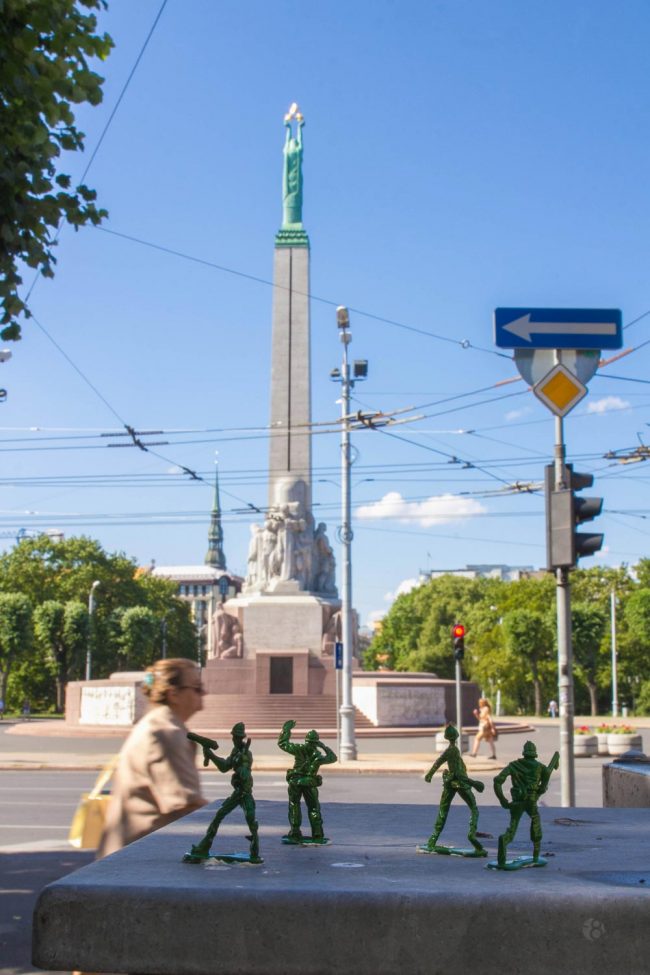 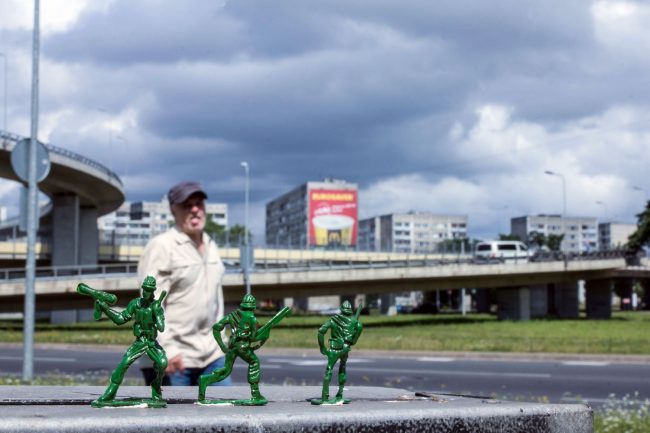 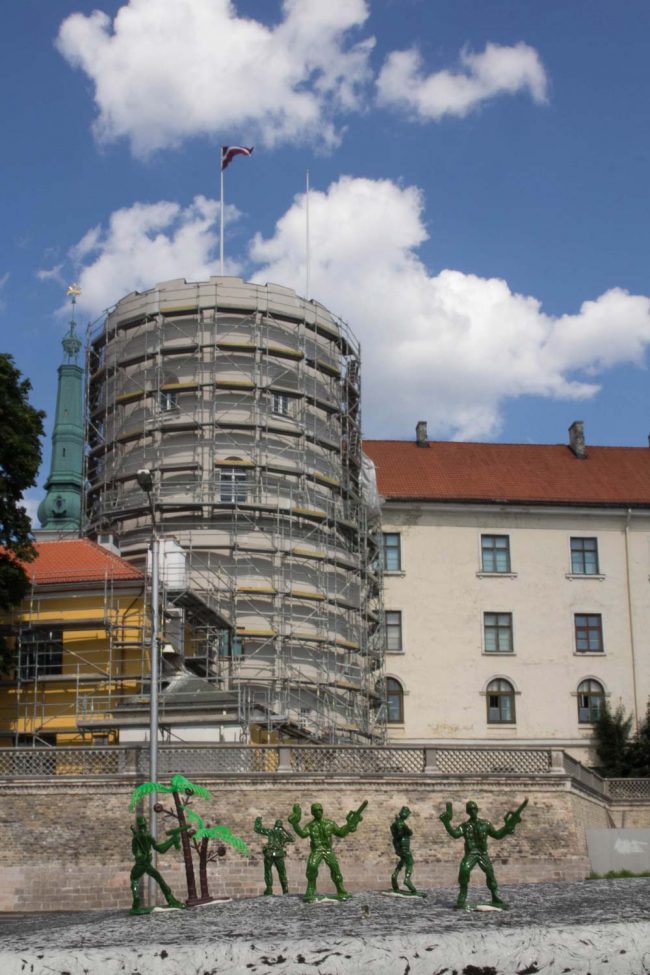 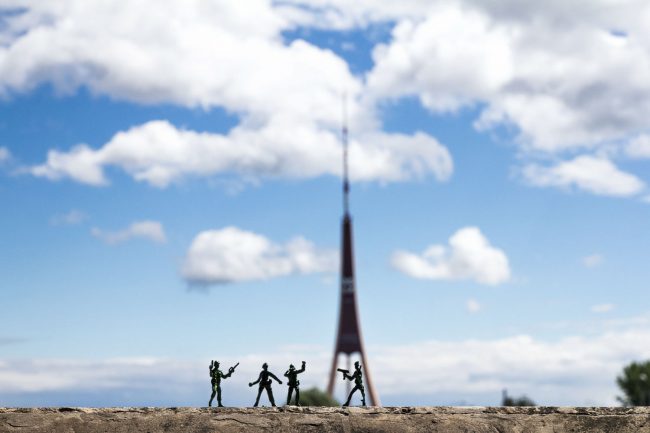 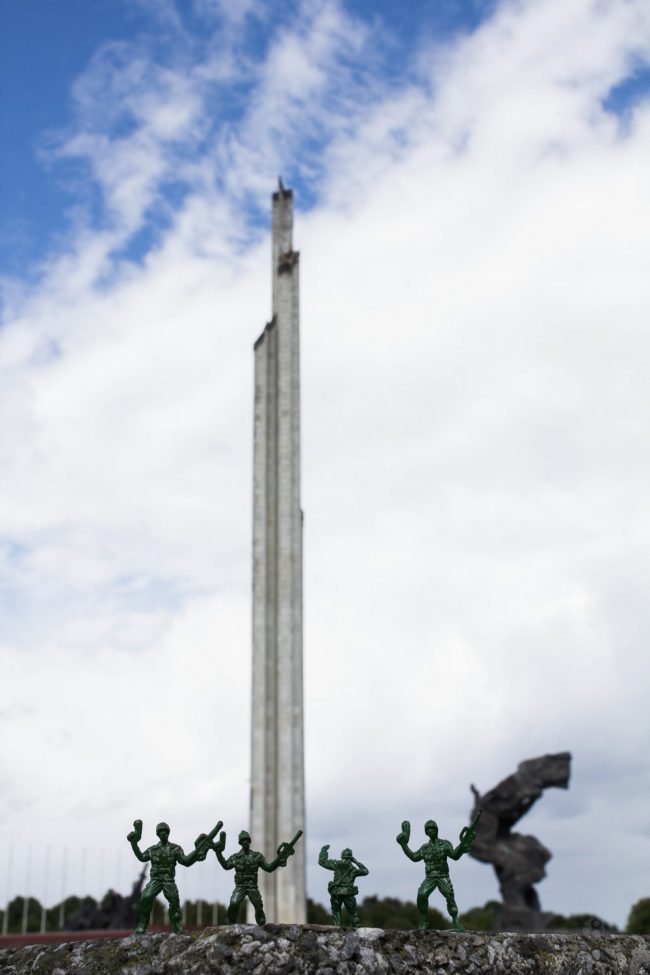 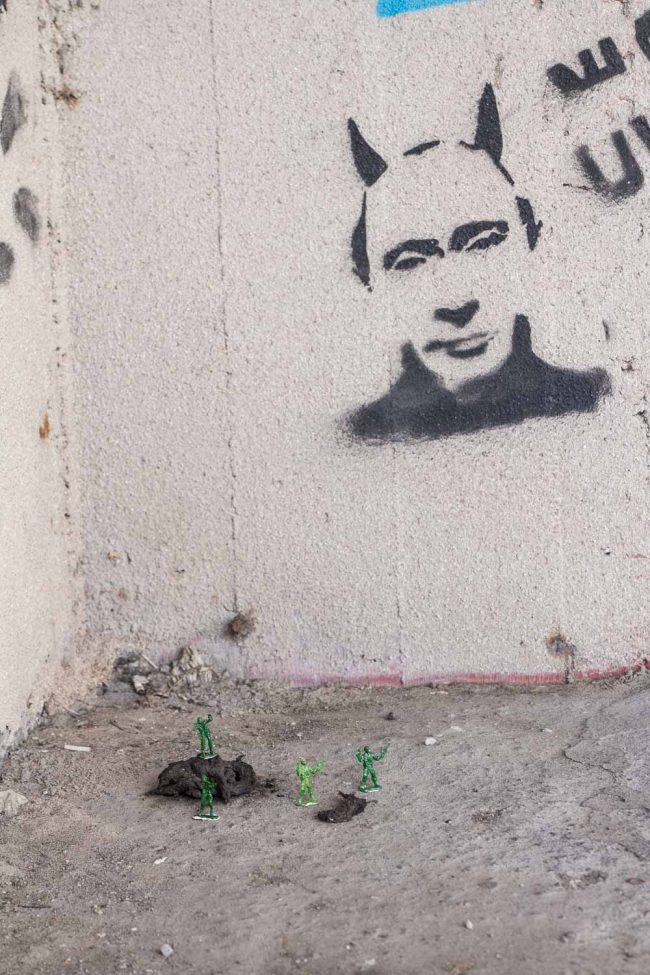 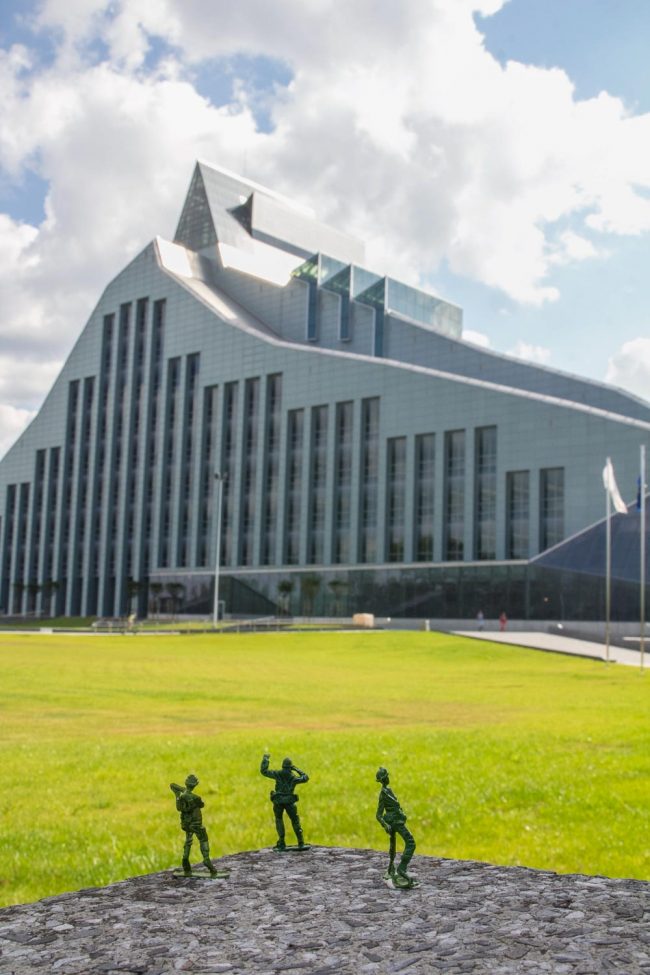 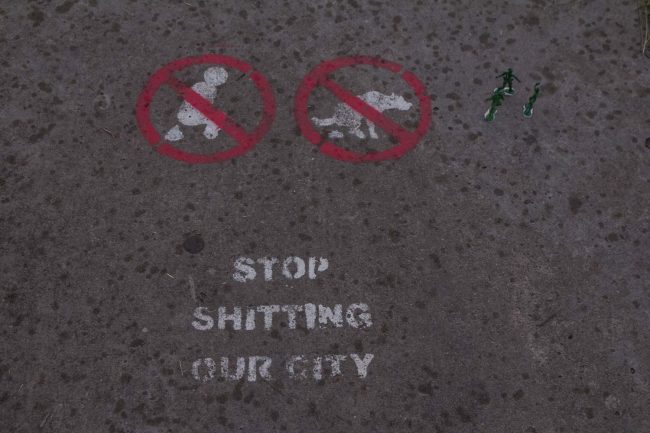 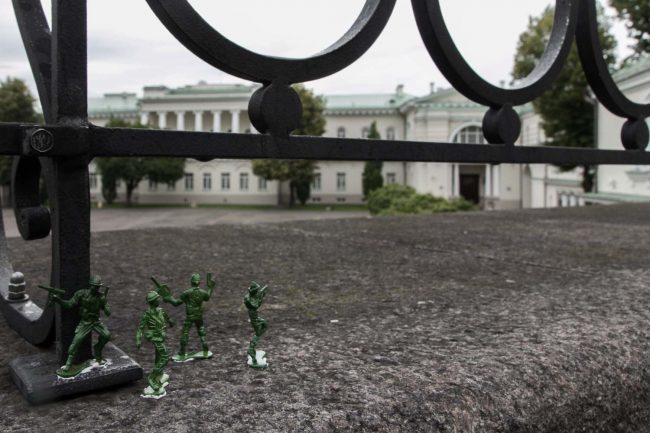 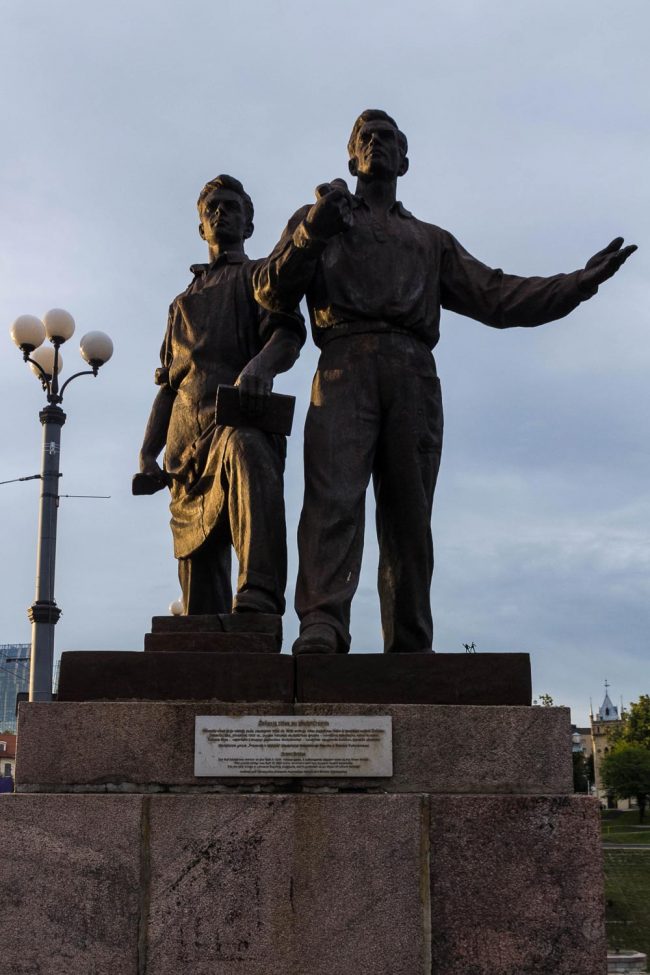 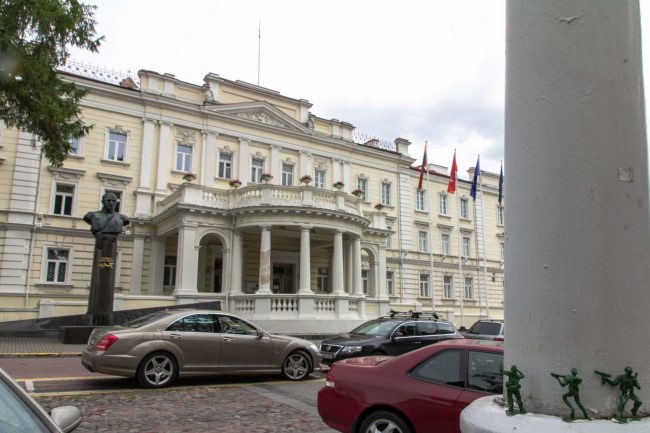 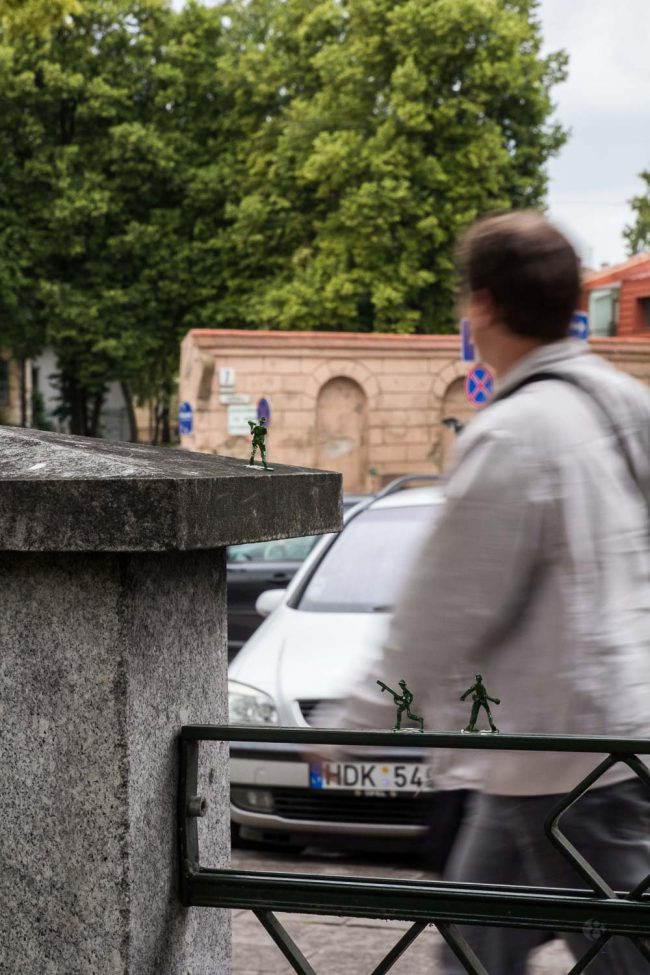 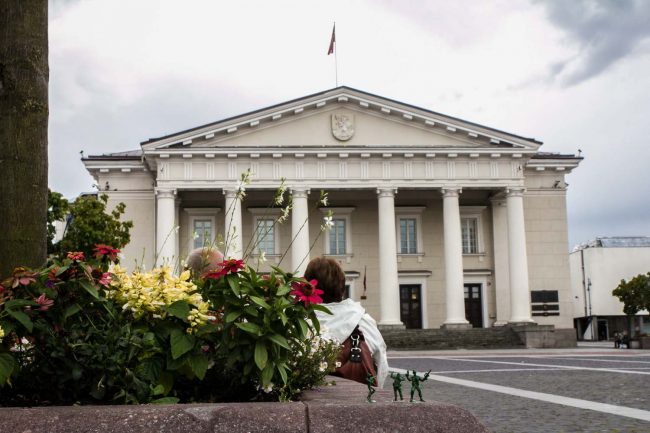 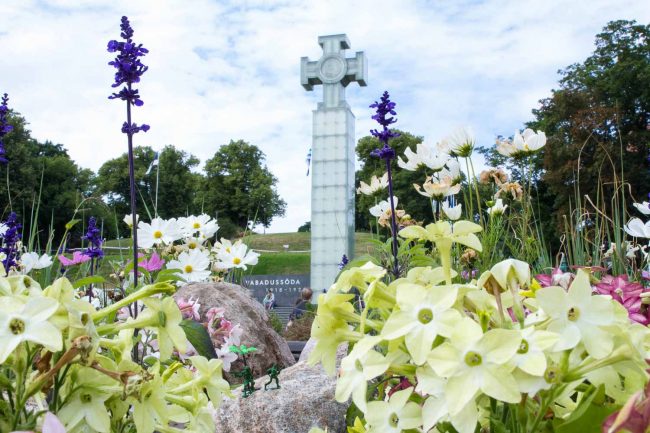 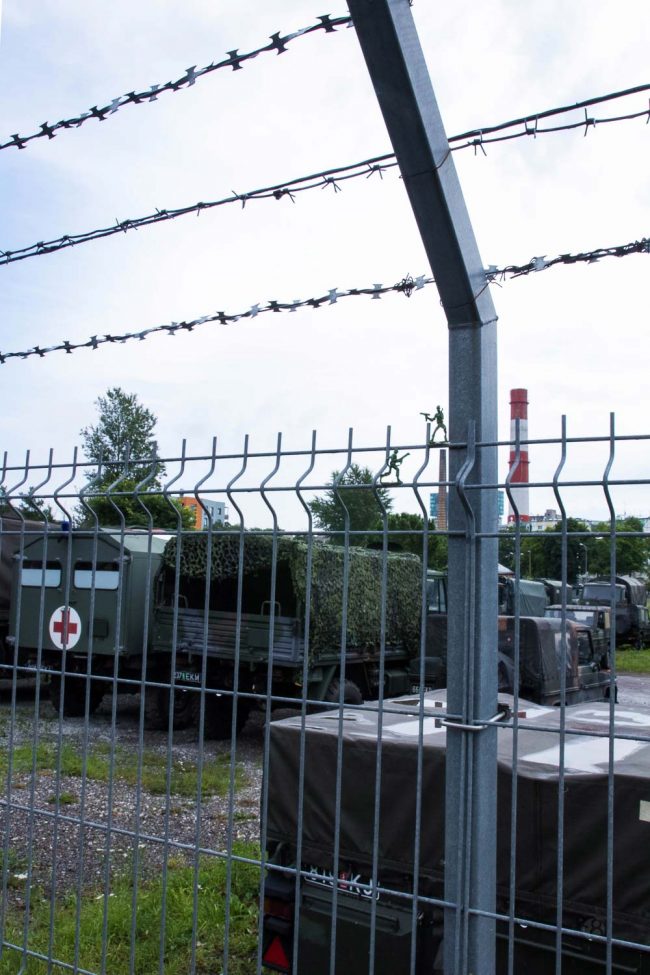 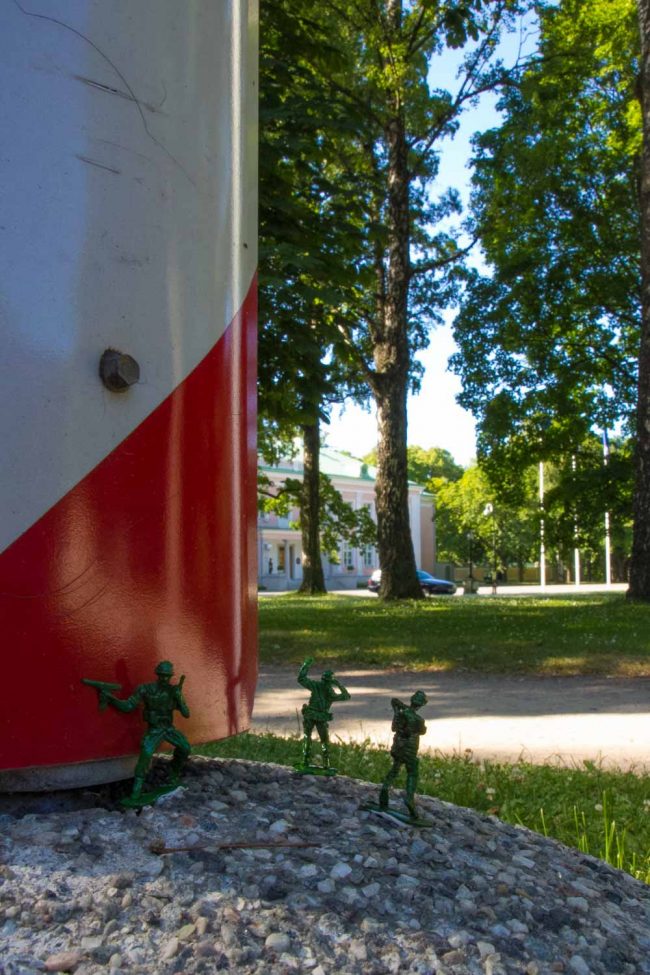 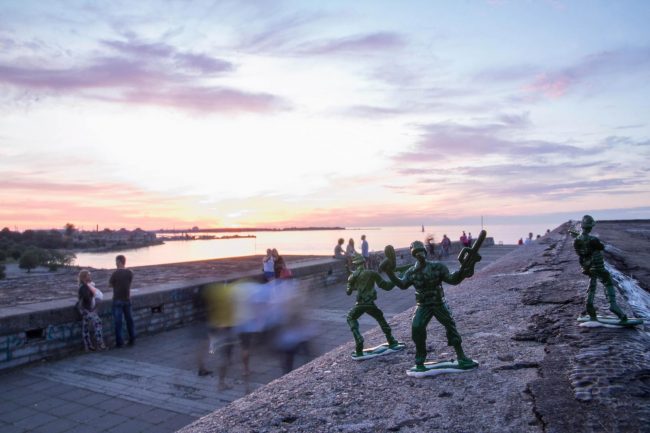 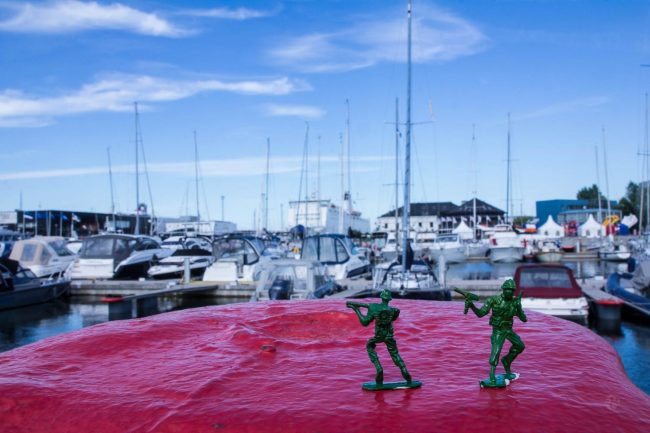 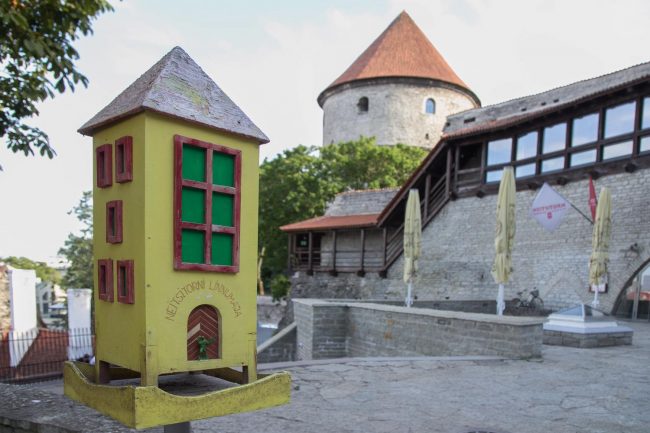 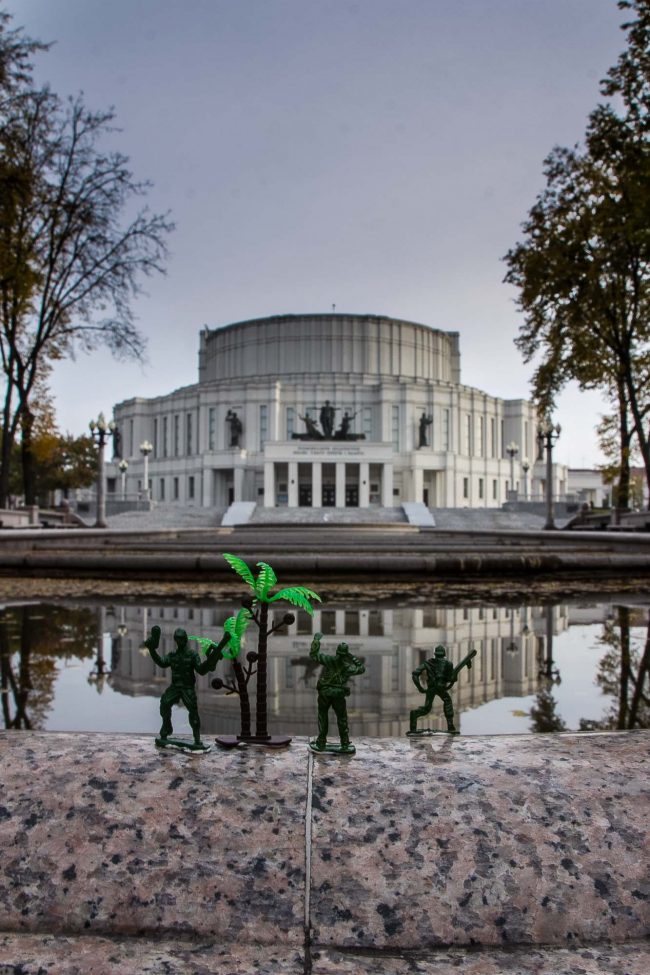 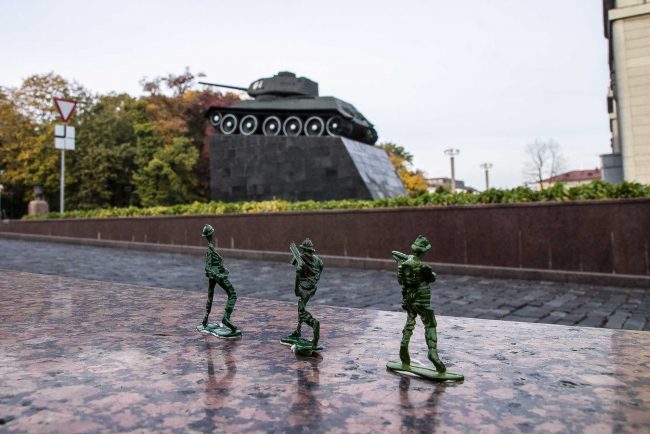 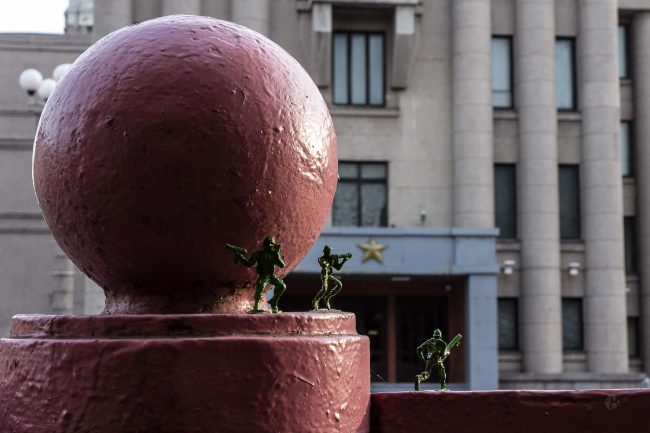 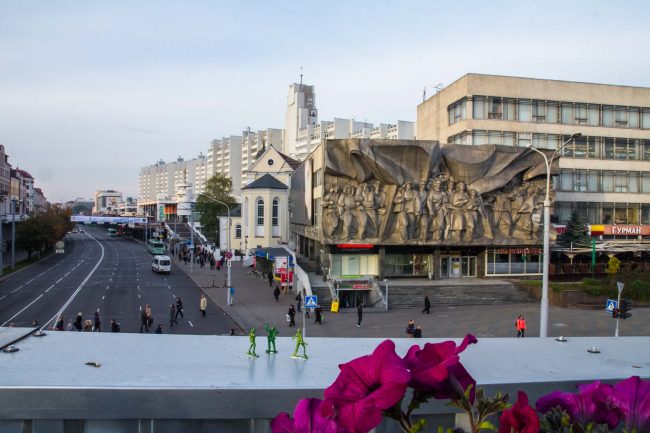 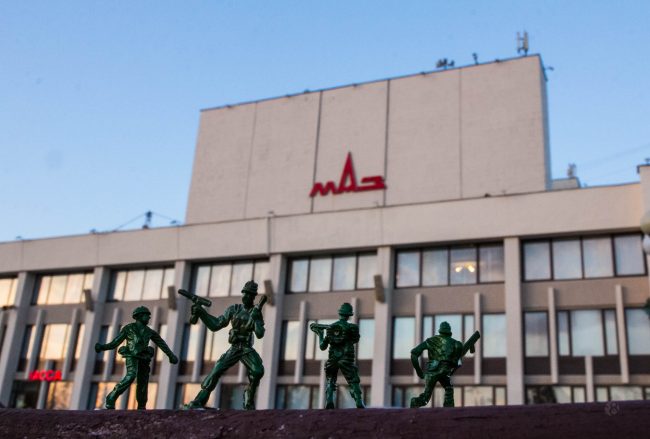 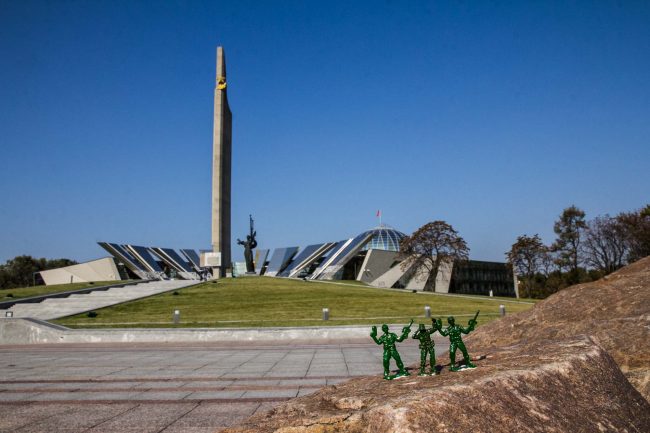 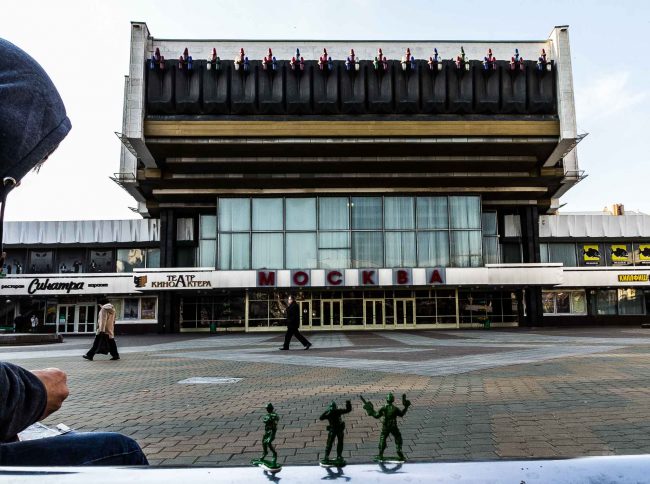